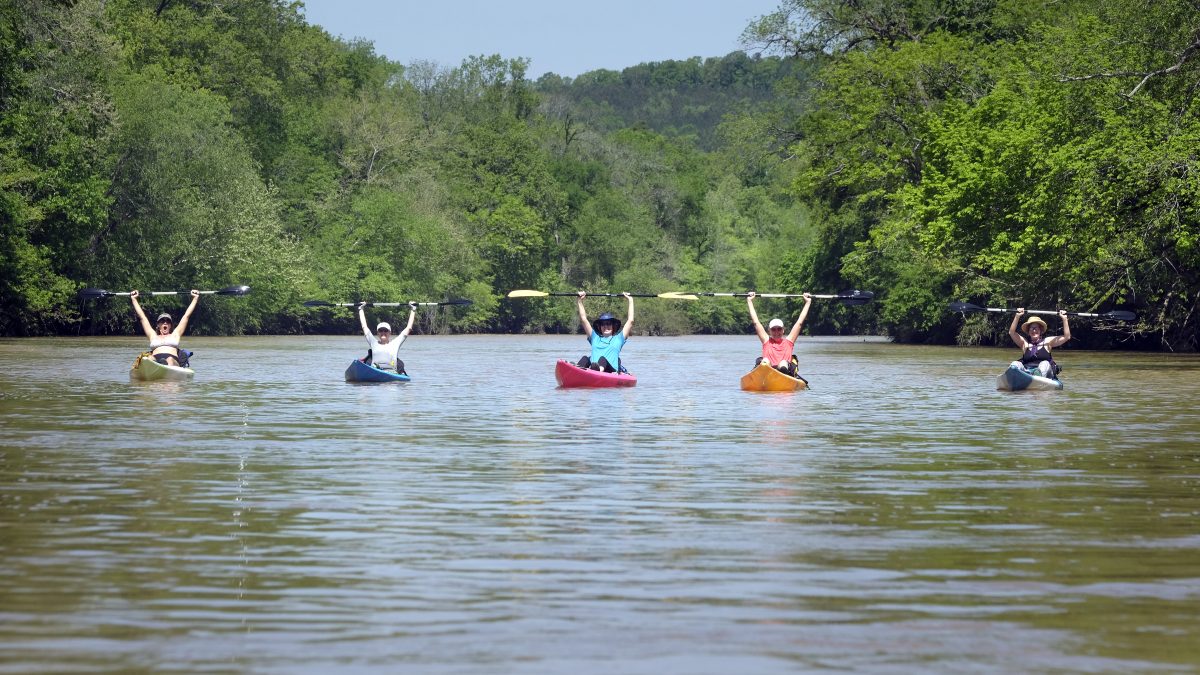 In this next chapter of the history of the Carolina Thread Trail, the Foundation For The Carolinas puts the principles of regionalism and open space to action by expanding the vision for a regional trail network, garnering financial and stakeholder support, and finding a home for the initiative under the wing of the Catawba Lands Conservancy.

Read the first part of this series here.

Voices and Choices had done much work to bring the ideas of regionalism and open space into the mainstream, but as that organization began to disband in 2004, it was still unclear how the region was going to apply this new vision.

At the same time, the Foundation For The Carolinas (FFTC), a supporter and participant of Voices and Choices, was beginning to rethink its strategy for addressing environmental problems in the region. I had the opportunity to speak with Michael Marsicano, President and CEO of FFTC both then and now, about this period in the Foundation’s history.

The Foundation had been awarding grants to environmental organizations for some years, but they felt that their money wasn’t making the impact they were hoping for. According to Marsicano, “The groups were nacent and the money wasn’t very much. It was not moving the dial in the environment at all.”

Out of this honest realization, the Mecklenburg branch of the Foundation recognized that they needed a single project to focus on and they needed regional consensus. No environmental problem is ever completely local, and piecemeal grants weren’t producing the civic leadership necessary to make big improvements. The Foundation For The Carolinas commissioned the Lee Institute to gauge each community’s environmental needs through surveys and public meetings, and the desire for interconnected greenways and nature trails emerged as a universal concern. Michael noted a cultural shift as well, “The younger generation is more interested in greenways and trails than arenas and art centers.”

The Foundation For The Carolinas accepted the charge to kick-start this project, but felt strongly that to be sustainable, such a project needed a home in an established environmental non-profit. Dave Cable, the Executive Director of the Catawba Lands Conservancy at the time, found the timing ideal. Dave knew that the Conservancy already had expertise in land acquisition, mapping, and coordination with local governments, and after recently surpassing its 5,000th protected acre, the organization faced an honest realization of its own. Dave explained, “The typical model for a lands conservancy was developed for places like Vermont where there’s a lot of land and it’s very cheap, but the Conservancy had to adopt its approach to the reality of a rapidly urbanizing region.” In other words, undeveloped land was getting scarce and expensive throughout the Conservancy’s six-county footprint, and Dave knew that the Thread Trail would be an opportunity to increase the public’s engagement with some of their preserves and other protected lands, and spur a local environmental ethic.

It seems easy to see the materialization of the Thread Trail project as a smooth and linear trajectory in hindsight. However, some Conservancy board members at the time feared that housing such an ambitious project could destabilize the maturing land trust. The task of raising millions of dollars, assembling a staff and board of directors, and building connections with each individual municipality still loomed ahead as well. According to Saxby, however, Dave’s leadership ability left little room for doubt that the project would be a success.

It didn’t hurt that momentum was growing for the idea, either. According to Ruth Shaw, the former President of Duke Energy who would become the Thread Trail’s founding Board Chair, “It was a legacy project that filled an obvious void, and we knew that if we didn’t start planning for this project now the moment would be lost; the land would be developed. It was a wonderful piece of the great outdoors that would give children and adults exposure to nature, and that’s something I’ve always valued.”